The sewer system of your home is one of the elements that isn’t often taken for granted right up until the moment when things go terribly wrong. One example of such a scenario is when the system suddenly begins to back up. There are few things more terrifying to a homeowner than the sight of rising sewage coming out of the toilet. Sewage backing up is commonly used as a comedic gag in the media, but it is actually a very serious issue. Not only is it likely to create all sorts of additional problems and general unpleasantness, but it is also bad for your health.

The Dangers of Raw Sewage

Sewage and wastewater carry more than just human waste. Within that waste live scores of bacteria, parasites, fungi, and even viruses, all of which can wreak havoc upon your body. Some examples of diseases you might catch from overflowing sewage are typhoid fever, dysentery, hepatitis B, and those caused by exposure to salmonella or E. coli. While suffering from such diseases, you may experience a high fever, sharp abdominal pain, vomiting and diarrhea, and fatigue. In addition, the foul odor emitted by sewage can have a particularly powerful negative effect on those who suffer from asthma or other respiratory conditions.

When the sewer system is backed up, most people often think the reason is a clog somewhere in the pipes. It’s true that clogged or blocked pipes can be responsible for the issue, but they are far from the only potential cause. When dealing with this type of problem, it’s important to get a thorough, accurate diagnostic from a professional plumber to ensure that it is correctly addressed and resolved. Making assumptions could lead you to apply the wrong solution to the situation, making everything worse in the process.

Additional potential causes of a sewer system backup include:

When the temperature drops below a certain level, it becomes more and more likely that the fluid inside your pipes will freeze. Not only can freezing cause blockages, forcing the sewage back up through your plumbing; it can also cause the pipes to burst altogether. This could lead to massive sewage spills in your home.

Another hazard to your pipes is tree roots. These often grow in unpredictable ways, reaching across long distances and achieving great size. Over time the roots can interfere with your plumbing, shifting your pipes around and causing them to crack.

While the two above causes are fairly common, pipes can become damaged by other means. Construction conducted on your property without following the proper procedure could lead to an accidental break in the line. However, simple shifting earth could be responsible for the break, too. In any case, if your pipes are damaged, you are likely to experience problems with your plumbing.

In some cases, the blockage can occur off of your property. Your home’s sewer system does not exist in a vacuum. Instead, it forms part of a much larger city system. That means that a blockage in the city sewer main could cause all sorts of trouble in your home.

One more potential reason for a system to back up is due to excessive rain. Sewer systems are built with a certain capacity in mind and can become overwhelmed when subjected to too much water.

What Should You Do?

In the event that you encounter a backed-up sewer system, it is absolutely critical that you immediately contact a professional and keep yourself and your loved ones at a safe distance from the contaminated area while waiting for them to arrive. At Alan’s Plumbing Service, our expert plumbers have extensive experience with sewer systems, allowing them to quickly and accurately diagnose the issue and implement the most appropriate solution. Contact Alan’s Plumbing Service for assistance today. 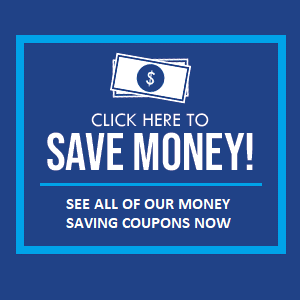